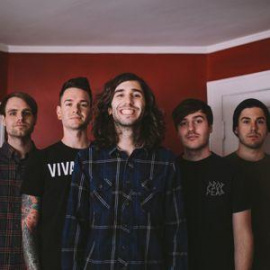 I don’t really know how to begin this. I am trying to find the best way to sugar coat this or make it easier, but unfortunately we will not be able to go through with our tour this December in the UK and Europe. There is no beef, we are not breaking up, nobody is fighting, and nobody is mad at each other. It is a collective decision that we feel we had to make, because at this point it seems to be more of a “wrong place, wrong time” situation than we could have ever anticipated. Honestly, it fucking sucks that we aren’t able to make it over, but there are things that must be addressed in our personal lives and there are people whom we love and are important to us that we need to help and be there for, and we must look after our own personal wellbeing.

For a few years I have been struggling with an ebb and flow of anxiety, extreme self doubt, and unnecessary paranoia. We are lucky enough to have Dan, our merch guy, our agent Jason, and our manager Evange, who we see as more than employees or business partners and more than an exchange of money for our mutual benefits. We were able to bring people into our family that cared as much about what we’re doing as if they were helping to write the songs and convey these feelings with us. We signed to Fearless Records, people who believe in us whole heartedly and have gone above and beyond for our band to foster our growth and reach new people and audiences. We have opened shows, tours, and became friends with so many bands and people whom we had looked up to and helped us when we were trying to figure out who we were and how we fit into this world. We got to be a part of Warped Tour, not once, not twice, but three times, which was something that would only ever happen in dreams that I considered to be too far out of reach to ever manifest themselves in our lives. We have fans who have supported us, cared for us, related to us and our music, and made our craziest dreams possible. And yet I felt that it didn’t make sense, that I was inadequate, unfit, and unworthy to be able to do something that some of my closest friends and I had loved and worked endlessly to achieve. There can only be so much that anybody can take, both positive and negative, especially when dealing with an anxiety disorder or any other underlying mental afflictions and issues for that matter.

I have been doing this current tour sober because I was reaching a point where I was self diagnosing and self medicating something that I still don’t completely understand, but thought that I could temporarily conquer for the sake of being able to do something that we all truly love and believe in. I felt that if I stepped away to receive help it would affect and possibly destroy this beautiful thing that we are extremely lucky to have in our lives. I thought I would be putting myself in front of other people when there are people we could help and reach out to with our music. And most importantly I didn’t want to disappoint all the people that had placed their faith in us, in what we could create, and our potential. I was speaking on stage about the importance of mental health, reaching out for help, and not being ashamed to do so when I was doing the exact opposite. I was worrying everybody close to me, my communication skills were next to non existent, and if I had gone any longer things would have been very dangerous for me. I hadn’t reach the point of no return, but if it went on much longer I would have been in a much worse place.

Being sober has helped opened my eyes to the fact that it wasn’t the weed, alcohol, or a possible dependency that was shutting me off from everything and everyone I cared for. It definitely did not help with the excess I became accustomed to, but in the end it was my mental health that needed to be addressed. I have had an erratic sleep schedule that sleep aids haven’t been able to curb, which with my current state can be extremely dangerous overseas with adjusting to jetlag. I need to be present, sharp, and focused, and at this point I feel that as great as this tour could be it would have an extreme emotional and mental toll on my wellbeing. I have been experiencing manic swings that in some cases lend themselves in positive ways and have made me more productive and sociable than I’ve been in a while, but when the smoke clears I am left feeling stressed, stretched thin, paranoid, depressed, and more anxious than I have ever been. There could possibly be a hereditary chemical imbalance and I need to seek professional help and care for my wellbeing if I am going to continue to contribute doing what we love with integrity and dignity. How am I supposed to tell people to love themselves for both their strengths and their flaws when I haven’t been doing that myself?

We are going to be finishing this current tour with The Wonder Years, Knuckle Puck, Moose Blood, and Seaway with the help of these amazing people, who we are privileged to be close with and have the support system they have been more than willing to provide for us. I want to reassure everybody that Real Friends, as a band, as people, as friends, and as a family are in a good place.

Personally, I need help and there is absolutely nothing wrong with that. I don’t have to get better for anyone other than myself, and I am finding the self worth to admit that. I may have a problem that is out of my control at this point in time, but now I have the ability and strength to recognize that I can continue taking steps to eventually have control over it. For the first time in a while I have a good feeling about the future and need to take measures to make that a reality. We are working on a rescheduled tour for the first half of 2017 and hope to announce these in the next few weeks. If you dont want to wait until then refunds are available at point of purchase.  We want to figure out a way to make this tour even more special when we are able to make it back, especially because we don’t get too many chances to come to the UK and Europe. When we do this, everything will be right. Everything will feel right. Everything is and will be fine, sometimes it just takes work to get there.

Thank you for taking the time to read this and for making so much of the good in our lives possible.

With love and understanding, Dan.